Congratulations to SpaceX for Starship Successes! 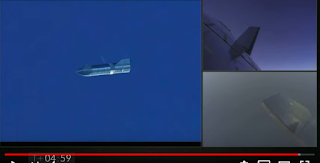 Today was a spectacular and historic demonstration of technologies never before demonstrated.
SpaceX's Starship SN8 launched perfectly, got to altitude powered by three Raptor engines perfectly, shut down the engines one at a time perfectly, pitched horizontally perfectly, flew with fins steering it perfectly--amazing, fired up its engines perfectly, pivoted back to vertical perfectly, and descended perfectly. It crashed on landing due to low pressure in a propellant tank, but that can be fixed for future tests.
The media predictably focused on the crash landing, but they only like to report bad news and make everything sound worse than it is. The successes--ahhh, that's the story!
The engineers will be delighted with the data from the test, and Starship SN9 will get many improvements as a result, including to propellant pressurization systems. Future tests will take Starship to orbit and eventually to the Moon and Mars.
SpaceX already has a development contract with NASA for demonstrating Starship's ability to land American astronauts on the Moon. Today's test is an important step towards that goal, as well as a milestone on the road to taking humans to Mars.
Bravo to the SpaceX team and Elon Musk for a successful test of so many systems, and here's hoping the next one is 100% perfect. #WhyWeTest
No comments: