Sen. Nelson to become NASA Administrator. Excellent, but what orders will he have to obey?

This is qualified good news for America's space program. Senator Nelson was a strong supporter of the space program during his service in the House and Senate. He opposed President Obama's cancellation of the return to the Moon and flew on space shuttle Columbia in the 1986 STS-61-C mission while serving in the House of Representatives.

Col. Melroy is a retired Air Force test pilot and former NASA astronaut who flew three missions in space: as space shuttle pilot during STS-92 in 2000 and STS-112 in 2002, and as Space Shuttle Commander during STS-120 in 2007. 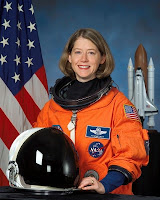 Nelson's nomination is expected to pass in the Senate near-unanimously, and Save Manned Space endorses both.

The two may be the ideal leadership team to continue our journeys to the Moon and Mars. If the reverse happens, it would not be their decision or goals, but a return of similar presidential orders as those that cancelled the return to the Moon in 2010.
President Obama's NASA Administrator Charles Bolden and Deputy Lori Garver carried out orders to kill the return to the Moon, handing China a 10-15-year head-start which they are exploiting with the stated intention to claim areas of the Moon and Mars as their own.
Another U.S. delay or cancellation seals the deal for China, and would see SpaceX and others unable to operate freely in space. We hope that Nelson and Melroy will be given orders to continue or accelerate Artemis, not delay it until after China denies us access.

Today the future of NASA is in great doubt, worrying space advocates, industry, our international partners, and every American who wants to see the triumphant return to the Moon--and eagerly followed by China's regime.

NASA has already announced the cancellation of the 2024 goal for Artemis without naming a new target date.

Without a date, we will never get there. Had President John F. Kennedy not set the famous "in this decade" target, we may never have reached the Moon at all--bureaucracy, cost overruns and diminishing public support would have delayed Apollo forever, and a decade or two later, the Soviet Union could have beaten us to the Moon.

Save Manned Space wishes Godspeed and full support for Sen. Nelson and Col. Melroy to keep Artemis on target for 2024 or 2025, and counsels that later dates--or worse, no date--only encourages China's worst instincts to claim the strategic ice-bearing craters on the lunar south pole, as in the South China Sea.

The first task for Nelson and Melroy--and a serious test--will be to prepare a budget with sufficiently additional funding for Artemis to build the lander and accelerate, not slow the program. President Biden's legacy should include getting Americans back to the Moon and on the road to Mars, not to emulate President Obama's legacy of cancellations and wasting almost a decade's progress in crewed space exploration.

We literally could be on the Moon today and preparing for a Mars landing but for Obama's unwise decision to kill the lunar program.

Another test will be to resist the 'China lobby's' suddenly-ramped-up campaign to drop the vital restrictions on cooperating and sharing space technology with China. We must work with the free world and commercial space to explore space and protect access to space, the Moon and Mars, not empower China to use our highest technologies for military purposes and to deny free-world and commercial access to space.

Yet another test will be to avoid repeating the many terrible policies of the Obama administration, including robbing funding for crewed space exploration and turning the agency into more of a left-wing ideological advocacy agency.

Sen. Nelson and Col. Melroy have the amazing opportunity to continue and advance the American space renaissance that can see Americans returning to the Moon, building a permanent research base, and then leading the way to Mars. All that's needed is to keep following the successes of Jim Bridenstine's leadership and, by asking for modest budget increases, meet the 2024 or 2025 timeframe.

Let's together unify Americans on a breathtaking return to the Moon, and by our presence, keep true "we came in peace for all mankind." Then with lessons learned, venture to Mars! 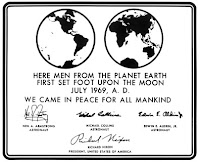