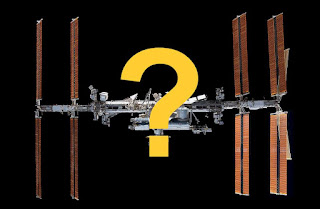 There is currently a high possibility of a Russian war against Ukraine, that might even threaten Poland and the Baltics. Further, military actions and protests in Kazakhstan raise the possibility of losing safe use of the Baikonur Cosmodrome by Russian cosmonauts and Progress cargo flights for some period of time.

Therefore, it would be wise for NASA Administrator Bill Nelson and Deputy Administrator Pam Melroy to develop or update contingency plans to continue to operate ISS, the International Space Station in the event of any possible loss of cooperation by Roscosmos, or during a temporary Russian loss of access to Baikonur.
Members of Congress, in their oversight role, should urgently seek such answers. Due to the timeframe, a meeting with the Administrator and members of Congress would be in order.
A graceful exit might include a handover of the Zvezda module with controls unlocked and fully functional. The worst case might be Russians locking or damaging their controls and abruptly departing the station on orders from the Kremlin to create a crisis or hold ISS as ransom for dropping sanctions. It would be hoped that cosmonauts and Roscosmos ground control personnel would not obey any orders that might harm ISS.
If there are existing contingency plans, perhaps any developed at the time of the 2014 Russian invasion of Ukraine--when Russia actually did threaten to deny US crew from launching on Soyuz--then the sole crew transport to ISS, they should be updated to include the capabilities of SpaceX's Dragon, Northrup Grumman's Cygnus and Boeing's forthcoming Starliner for crew transport and reboosting.
Aside from reboosting, planning would include duplicating if necessary other Zvezda-based critical capabilities, should those be locked or disabled in spite. Planning might fit into two categories. Immediate work and equipment necessary to maintain temporary control of the station. Once secured, the focus would be on permanent modifications or additions for reliable operation for the life of ISS--to at least 2030.
In the event of a full departure from the ISS partnership, it would be wise to invite other nations to join ISS as partners, such as India, UAE and South Korea.

By themselves, contingency plans could help deter a Russian leap to war, as one bit of leverage the Kremlin may threaten to encourage U.S. acquiescence to Russian military goals in Ukraine could be to obstruct the continued operation or survival of ISS. If ISS can survive without Russian systems, then they only 'spite themselves,' and would look weak while we continue operating ISS in their absence.

There are of course a great many contingency plans for every possible emergency on ISS. NASA and other international partners have a responsibility to add or update such plans to assure continuity of operations no matter what happens in the coming months in Ukraine.
Update: 2/19/22 The Cygnus supply spacecraft just launched to ISS has a new reboost capability, and will be on ISS until May. This added ability to independently change the orbit of ISS weakens any leverage Putin may have to threaten the survival of ISS unless the U.S. drops war sanctions.
If there is no crisis, we would be better prepared should the need ever arise in the future, such as through accident or equipment failure.
Photo of ISS credit NASA.