Decision Point: China and Russia are in a Space Race. Should the U.S. Join to Win?

China, Russia, Europe and the United States are all in a space race.

The prizes are not just bragging rights or even who makes the historic 'first steps.' The winners will reap rich rewards in high tech leadership, new inventions, national prosperity and pride, and international respect.

China and perhaps Russia may take advantage of the possible absence of the U.S. and claim the Moon and Mars as their own territories.

Losers will chart a course for irrelevance and retreat in an increasingly technology-centric and militaristic world.

The United States has been absent from the race for almost a decade, but we can lose a race we only pretend to have entered. Under this administration, the plans for returning to the Moon before 2020 were cancelled, as well as the possibility of building the necessary experience to proceed to Mars.

NASA's "Journey to Mars" is at present essentially hashtags and PowerPoints, and the entirety of the next decade as planned by this administration will be spent on just one single crewed mission to Lunar orbit to sample a rock removed from an asteroid--the "Asteroid Redirect Mission (ARM). This is not because our capabilities are lacking, but it is entirely due to leadership decisions by the White House.

Meanwhile, China and Russia are building their rockets and making their plans to conquer space.

In the news is Russia's announcement that it intends to build a permanent manned Lunar base, and is already building a robotic lander.

Elements of the Russian plan include:

The above timetable could be accelerated greatly given determination, perhaps to deny exclusive Chinese dominance of the Moon, or to demoralize and discourage the U.S. from resuming a real space program.

Europe, after begging the NASA Administrator to lead a Lunar base construction program, is going it alone with their "Moon village" concept, perhaps teaming up with Russia and China--leaving the U.S. stuck in orbit for another generation.

Meanwhile, China is proceeding in their race to conquer space, quietly building Apollo-scale infrastructure suitable for an Apollo-scale breakout in the near future. This follows their doctrines of deception and covertly building forces until ready to act. Their moon rocket (Long March 9) looks remarkably like our SLS, and their crew capsule also bears a remarkable resemblance to our Orion and Boeing capsules.

"Conquer" may in fact be the correct word for China's space goals, for if the world is to believe they will not attempt to claim the Moon and eventually Mars, then they are setting a poor example by attempting to seize the South China Sea in violation of 400 years of international law and agreements.


China's space program is run by their military, making any U.S. cooperation impossible and dangerous. Their true budget is secret and could be increased at will to accomplish their objectives.  China could land crew on the Moon in the early 2020s if they decide to, for example; and may already have secret plans to do so.

Most Americans who watched the Moon landing would have at that time believed that almost half a century into the future that the U.S. would have thriving Lunar and Martian colonies, and continued reaching for the stars, and that our budget for space exploration would have increased, not been slashed.

The next president will have the opportunity to re-join and lead in the new but very real space race, or to continue the current president's abandonment of our leadership in space. 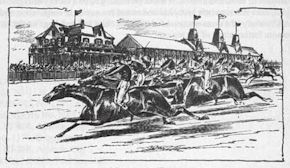 A space race could be a very good thing for all nations involved. However, if the U.S. ignores the race and fails to provide the leadership and resources to not just compete, but to win; then the race will leave the U.S. behind, to our great national and economic detriment.

All space advocates should use the campaign to reach out to candidates and their staff in support of a new and bold space program which will actually take us back to the Moon and on to Mars.

Let's join the new space race and see Americans once again on the Moon, and soon after on Mars!