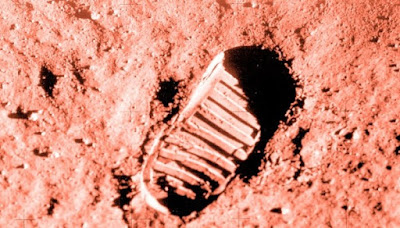 Your donation will be greatly appreciated.

2015 was an exciting year with important space accomplishments, including Space X's successful landing of the Falcon 9, amazing images from Pluto, and a greater NASA budget which advances key components for manned space exploration.

Let's look ahead now and help make 2016 the year that a strong space supporter is elected president--no matter who wins.

Here's how: Save Manned Space's non-partisan educational campaign will educate candidates on the immense benefits of remaining the leader in space exploration, and why we must go to the Moon and Mars.

Allowing opponents of the space program in the media and politics to set the agenda could result in a repeat of 2012 where Newt Gingrich was attacked by other candidates and the media for supporting a bold new space program.

The stakes are too high to allow the next administration to be anti-space, uncaring, or content with allowing China and Russia leading the new space race. We can--and must--go to the Moon in the early 2020s, learn how to safely live on another world, and go to Mars in the early--not late 2030s.

Many people, much less politicians and candidates for president, don't understand that the space program returns far more to the economy in new inventions ('spinoffs') than the investment. And that's not counting the job creation, advances in science, inspiration for students to go into STEM careers, and even greater international respect.

Step one for the next president is to cancel the nearly-useless Asteroid Redirect Mission, and replace it with the exciting "Apollo 8 for Mars," the 2021 Mars-Venus flyby, which can be accomplished with hardware already being built and tested--including the mission habitat which NASA will complete in 2018. This should be enacted in early 2017, while the new president formulates the long-range national space strategy which will in fact make NASA's "Journey to Mars" a reality, not just a slogan and hashtag.

Please donate now to help Save Manned Space educate candidates, lobby and conduct educational projects for a bold new space program to take us to the Moon and Mars! Donations are not tax deductible.

Thank you very much for your support.


More information about the Coalition:
http://www.savemannedspace.com/p/about-coalition.html